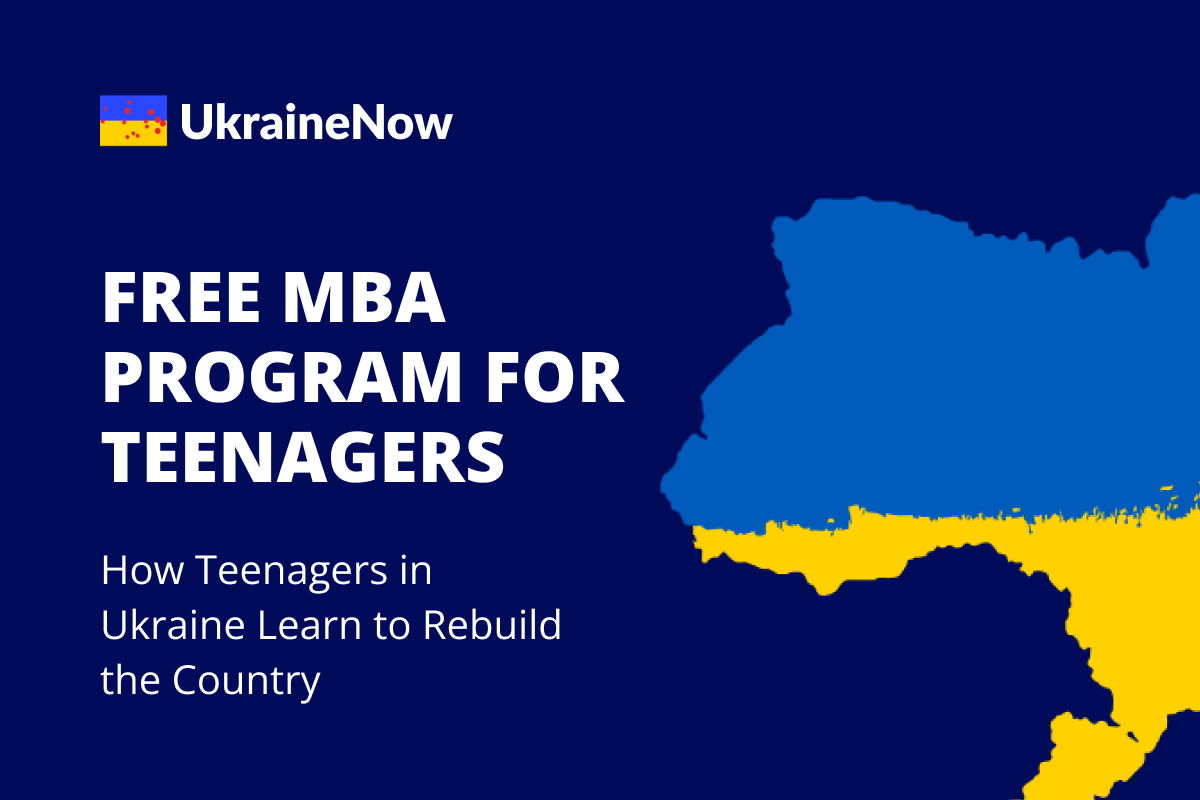 According to the Kyiv School of Economics (KSE), the war in Ukraine has cost over $113.5 BILLION in damage and the country will need upwards of $200 billion to recover.

That’s a LOT of money!

What’s more, that’s a lot of energy, time, and knowledge required for Ukrainians to build businesses and restore the country's economy.

The only thing is: no one knows how to rebuild a country after the devastating consequences of war in the 21st century.

But that didn't stop us.

Thomas Desmond is the founder of New England Consulting Partners. He instinctively knew where to begin – young people. Why young people? This generation is the one who will have to rebuild  When the war is over, they will come back to start their first businesses and rebuild Ukraine’s economy brick by brick. Tom wanted to bring his 30 years of business expertise and help equip this group of people who will one day rebuild Ukraine.

With your financial support, the idea became real.

A team of volunteers gathered to organize a set of 7 free online lectures named “MBA Program for Teenagers”. Tailored to the crisis situation in Ukraine, young people learned the basics of business and management – all to help them build a vision of the future of the country. The course lasted for 7 weeks and gathered 160 students online. Tragically, over 70% of the participants had been forced to leave their homes because of war.

One of the MBA Program attendees, Tetiana, is a 19-year-old student from Kyiv. She joined the course from home – she and her family were brave enough to stay in Ukraine – while studying English and German as part of her university studies. Tatiana is keen on humanitarian sciences, however, when the war started, her priorities changed.

“The war has taught that any opportunity should be used…especially now. There is a lot to learn on how to restore business, economy, during war, after war.”

She joined the course to get practical business skills, although, before the war, she wasn’t as interested in the topic. In an interview, Tatiana mentioned her younger sister was planning to study economics at the university. Both of them read the news, shared information about Ukraine with foreigners, and tried to learn as much as they can to be useful in the future.

Thomas, who led all the lectures, is now working on sending additional books to all the students, so their learning journey won’t stop here.

“Ukraine’s future is bright. The more I engage with the students the more optimistic I become. Ukraine has an abundance of talent and natural resources. It is destined to become an economic leader in Europe and it will be led by the younger generation. The recovery will all happen sooner rather than later. The energy is there. Slava Ukraine” – Thomas Desmond

WHEN YOU GIVE TO UKRAINENOW YOU ARE NOT ONLY HELPING TO RESCUE VULNERABLE PEOPLE – YOU ARE HELPING TO RESTORE AND REBUILD THE FUTURE.