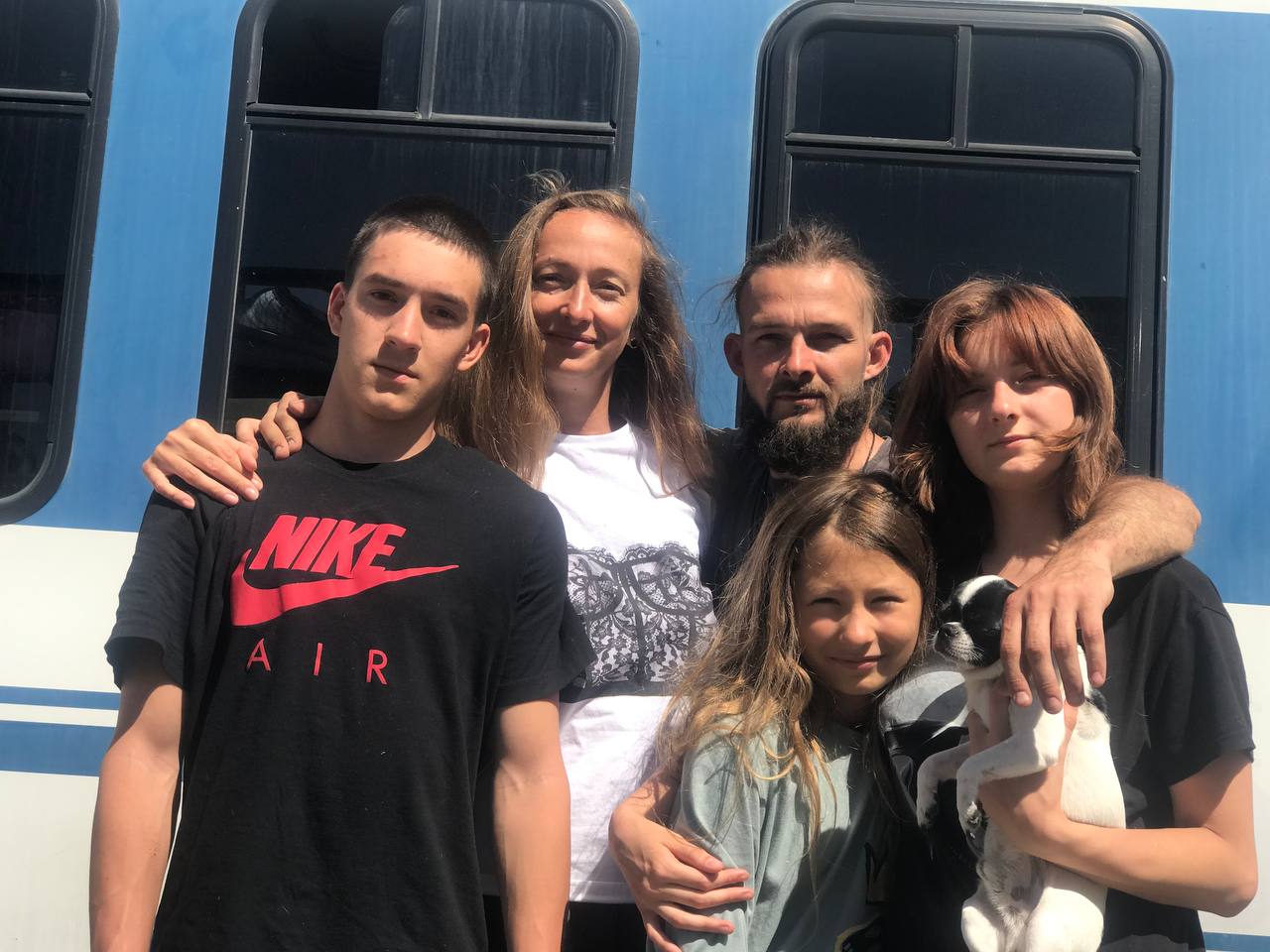 When the war started, Oksana had taken her 3 children and 2 dogs and leave Ukraine. Her home in the city of Mariupol was completely destroyed. All she had was her family. It was a long trip to the United States but she was able to make it and her family is safe.

Now they live in a bus, Oksana takes any part-time job, forgetting what she likes to do. She has three children for whom she is the sole support.

Providing for daily basic needs is difficult. Oksana is a pastry chef and dreams of being able to do what she loves and make more people happy.

You can help them start life anew by providing for their basic food needs or fulfilling a dream :)

‍PASADENA, CA – Oksana Ilchishena isn’t waiting for her countrymen to defeat Russia, to rebuild her home crushed by bombs, or for help to feed her three children. She’s getting down to business. Now that she’s found safety in California after a month on the run from war, the mom plans to bake Ukrainian pastries and sell them out of a food truck.  Cinnamon rolls, cakes, pancakes, and cookies.

“I will sell out of a food truck until I can set up my own restaurant with Ukrainian and American Food. I have always earned my own money and will continue to do so now, despite some inconveniences in my life,” said Ilchishena.

On March 3, 2022, Russian weapons shredded Oksana’s home and business in Mariupol. Without power, water or gas, Oksana grabbed her three children and two dogs and fled.

“There were dead bodies on the streets and no one was taking care of them. When we were driving on the motorway, we chose to stay on it instead of taking another route. People who went the other way were all shot dead.”

Food and sleep were scarce on their one-month journey to California, where Oksana’s brother lives. They stayed at refugee camps in Poland, Germany, and Belgium then flew to Mexico. The airline refused to take their French bulldog Jack, so the family had to leave him behind. They walked and caught rides to Tijuana, then made it over the border to Pasadena, California.

Oksana plans to stay in the U.S. until the war is over and she can return home. Meanwhile, she’s pursuing the American dream with what little she has. She and her three children live in an old bus fitted with a stove for cooking. They each have one backpack of clothing and makeshift beds. Oksana says it’s enough for now. She’s already begun baking to earn money to feed and clothe her children.

Volunteers with the nonprofit UkraineNow.org helped the family survive in Mexico and make it to Pasadena. Now it’s raising money to help get Oksana’s business get going.

“This mom could have given up because she lost everything she’s ever owned, lost her friends and some family members, and has traveled through hell with three kids to get here. She’s exhausted and the whole family is probably depressed,” says Artur Kiulian, founder of UkraineNow.org. “But Oksana is strong. She’s determined to make a living while she’s here and show her children that with hard work and a little help, you can do anything you set your mind to. That’s why we’re raising money to help her open a food truck.”

You can help Oksana and her kids and other refugees with a donation to UkraineNow.org. While one donation means the world, an ongoing monthly donation will make a huge difference in their lives.

UkraineNow.org is a global initiative based in Los Angeles. The 501©3 nonprofit was created within hours of the Russian invasion on February 24th, 2022 to mobilize volunteers worldwide to help evacuate Ukrainian children, the elderly and those with disabilities from the war zone. Today, UkraineNow has more than 2,000 volunteers.

The Ukrainian Ambassador to Mexico Oksana Dramaretska endorsed UkraineNow in April, 2022 as an agent of information and education about the crisis. California State Senator Josh Newman (D-29) supported UkraineNow’s fundraising efforts with a Certificate of Recognition on April 30, 2022.

Donate and Support this refugee family 💛

Donate and Support this refugee family 💛